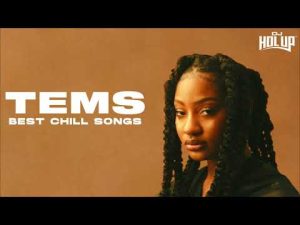 Tems was born on the 11th Of June 1995 to the Yoruba family of Mr and Mrs Openiyi. Her father is British-Nigerian, and from whom she earns her British citizenship. While her mother is a Nigerian who hails from the South West region. Tems was named Temilade Openiyi by her parents and was birthed in the city of Lagos. her music got more valued after being featured on Wizkid Essence which was her breakthrough song.

Wait For U (with Future and Drake)

Decided (with Odunsi The ENGINE)

Kiss The Fire (with Collectiv3)

Too Bad (with Show Dem Camp and Amaarae)

Ensence (with Wizkid and Justin Bieber)